Big Brother is watching.
Posted by Meister at 9:02 PM No comments:

As a future Partisan, you have to think like your oppressor in order to defeat them. They don't have enough money to apply surveillance to every asset or area, so they concentrate on the areas that protect the oppressor, not the private citizen. After an 880 mile road trip, I noticed a lot of cameras at certain intersections, bridges, and high traffic areas. These do a couple things, they help traffic centers plan for expansion and can act as a forensic accounting device in the event of an attack or crime.

Why is this important? Your family. If you have decided to go off and make an example of some Marxist stooge, you can lead a footpath all the way to your family. They may not agree or choose your path, but they will have to deal with the consequences of your actions. The Austin Bombing suspect was backtracked and triangulated in a couple days, for example. 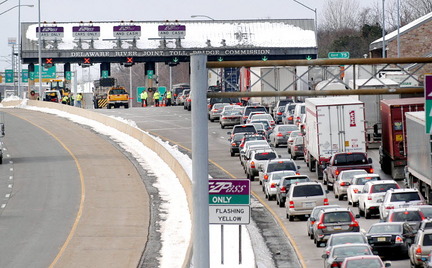 Every single electronic emanation and digital image you leave behind is a footprint you leave to track you. It's just a matter of time and resources if you leave too many for them to find and prosecute. They have unlimited amounts of computing power and man power if the crime is heinous enough.

Your job is two fold. Stay out of the net all together, or leave so little trace that it is ineffectual or misleading. Insulate your private information in such a manner that it would be impossible for you to be traced. For example, instead of driving your car or truck, drive a rental. If the rental happens to be in the most common color and model on the road, so much the better. The plates are also a tell tale sign, so if you could change them, so be it. More on that later.

Traffic cams can pickup facial features. Avoid the cams or change/hide your face. Both is even better. A beard and hat/glasses is the easiest way. Keep yourself under the radar by not speeding or driving aggressively. You might also choose to deploy some camouflage, such as a "baby on board" sticker or a child car seat. Cartoon window stickers or those sunscreens that apply to car windows to help hide the contents of your vehicle. Anything that helps you look more innocuous or less threatening is going to help you stay unnoticed. Change them around often or at certain intervals on your trip to help break up your trip image. Once in your AO, less is more. Keep identifying marks to a minimum, Especially when changing plates.

Stay off the interstates. It's well known that many toll roads, intersections and points of interest have plate loggers that will store plate info indefinitely. Same goes for police cars. Many police cars now have plate loggers built in to their squad cars. Avoid them if you can for several reasons. They are actively scanning for stolen cars, expired plates and unlicensed drivers. If your plates can't stand the attention, you are busted.

Plates are a huge part of this whole plan. You can't hide them. The best thing to do is have good plates. Plates that match the car and aren't reported as stolen or lost. Preferably from the rental car company you are using. Sounds impossible, right? Not even close. Most rental companies use the same color and model cars throughout their fleets. If you go to a large metro area, they might have 8 or 10 branches with a couple of the same car. Swap out a few plates from the local bowling alley or car lot, and you have a couple clean plates that match the car you have. Always use gloves and try to keep the plates you keep well hidden. Don't take all your plates from the same location or state. Use the 3 Card Monte trick when getting plates. Don't let the plates you keep get reported stolen. If you find a model/color combo plate from your rental company (GOLD), don't just take it and get it reported. Trade it out with another vehicle of different color/model and let that plate get reported, because it's not the one you're after. IF you do get pulled over or stopped, it looks like clerical error or prank, not a felony. It's best if the rental company has no idea any plate is missing, so leave with all the plates in place, regardless if they are right or not. Use different screwdrivers as well. The same one will leave similar tool marks, and a trail.

Most big name stores have some type of surveillance. Walmart takes your picture every time you enter and exit, from head level. Many others do the same or worse. Some even record your interaction with the help. Stay away from these locations. Go to the mom and pop stores with crappy video cameras and no time to notice you during peak times. Keep your clothes and appearance changing as you move.

Method of payment- cash. That means you can't rent a hotel room or pay by card at the gas station. So be it. Millions of people live that way their entire lives and get by just fine. You can sleep comfortably at local campgrounds in a small tent or hammock and do just fine. No ID needed for state parks and most private campgrounds. They have hot showers and a camp store with no video most of the time. People (even vegan snowflake hippies) hike the Appalachian Trail 2200 miles eating out of gas stations and campgrounds for 4 months. It's not that hard.

Have a cover story. Stick with it. Use your Grey Man principles. Don't get noticed. Don't leave a trail. Be deceptive on your approach. Don't panic. Don't be afraid to walk away.

Resistance is only futile when it's not well thought out and acted upon emotionally, not logically.
Posted by Meister at 12:09 PM No comments:

Stuck At Home On My Day Off Blather.

It seems my blushing bride scheduled 3 different service people in to work on the house and didn't tell me about it. I had planned head out to the Indy 1500 Gun and Knife show but that may be a pipe dream at this point. I need a few specialty items that require this type of show in order to get them. I'm hoping to see a bunch of panty waist protestors, but I doubt it.

Last night we went out with some friends to dinner and they had a wall of TV's that I was facing. It seems the 4 different channels were in "if it bleeds, it leads" mode. The protests, the Texas chemical factory explosion, pulse nightclub info release, and stubby fingers the president's visit with the crybaby from canada. It's an absolute crapshow. Just wish dinner had been more interesting. Could have been had I known that some gal was mean mugging my eldest son for wearing a USCCA shirt on walkout day. He wore it to school as well and many of his peers were appreciative and supportive. I really didn't want him to make himself a target for his 2 progressive teachers, but he's old enough now to make his own decisions on wardrobe.

I don't miss cable, for sure. 6 years now without it? We only have subscriptions for Netflix and Amazon Prime. Our internet is paid for by the wife's employer so we run cheap here. My kids don't spend inordinate amounts of time staring at a screen anyway, they go play. Riding bikes, building things in the garage, sorting brass(if dad makes them), and lots of homework.

Just got in from selling a dirtbike that's been sitting around for a while now. No reason to keep the things we don't use. It's kind of nice selling things off to people who will use them. Guy from work wanted it.

So my customer wanted some specialty work done and required we have medically trained people there- I qualify- so they consented immediately. Then I get a phone call stating we are required to have an AED on site as well, in a facility that has more than 50 already?!?! I go checking to see how much they are and holy steakburger! They got expensive! 16-1700 a pop, then I have to have it certified. Grrrrr. I ended up training 3 people on the same contract on AED use, and the certification company's website is down now so I can't give them the certs they require for Monday. That has been my last few days in a nutshell.

Looks like one of my repair techs will be earlier than expected, so I may not miss the 1500 after all. Not certain at this point, but maybe. Wish me luck!

I know it took getting shot to pieces to get the airtime they deserve, but that's not what's important. Today's high school kids seem to think they have a protective shield around their collective thought bubbles and the wit to match Einstein. Unfortunately, the have once again mistaken feelings for logic.

Now that we have established a baseline, we can continue with your education. Every night my son comes to me and asks me questions about statements made by his socialist English teacher. It's a constant game of "deprogram the teenager". Gun owners and trump voters are Red Neck Hicks. Yeah, it's logical thoughts such as these that we must entertain. Such well thought out, eloquent arguments are hard to ignore!

Today's high school students are programmed little robots of the anti-liberty movement. They have no ability to deal with ideas that counter their belief system, no ability to discern fact from fiction. Yet they march, and protest, and soon enough..... They vote.

That, my fellow freedom lovers, is why I train in the facets I choose to master. Some day soon, these idiots without the ability to reason will take up arms and attempt to rid the world of bad think, AKA freedom.
Posted by Meister at 6:34 PM No comments: